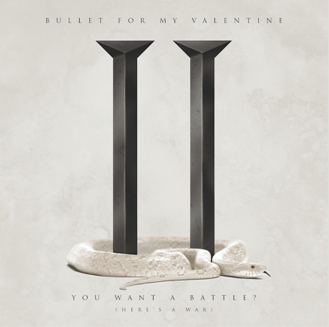 Hot on the release of their new single, “You Want A Battle? (Here’s A War),” British metal heavyweights Bullet For My Valentine releases today a incendiary video for the track. The single is featured on the band’s long-awaited new album, VENOM, which is due out on August 14th via RCA Records and available for pre-order now at www.bulletformyvalentine.com.

Directed and edited by Stuart Birchall (Bring Me The Horizon, Young Guns) and produced by Nathan Killham of Kode Media, “You Want A Battle? (Here’s A War)” is a narrative video that shines a light on domestic violence and abuse.