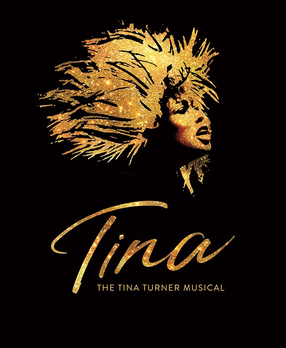 I am always for seeing a good musical, but when you mix in the music and story of a legend like Tina Turner, it turns into a cannot miss. And that is exactly what Tina: The Tina Turner Musical is, a cannot miss. Whether you are a theater lover, a music fan, or just a history buff, this show offers something for everyone. But I should start off by saying, it is not always an easy watch. There are events that occur throughout the 2-hour production that are hard to watch. Moments that are just frankly, uncomfortable. But they are things that need to be known, and stories that need to be told in order to understand the complete power, strength, and greatness that is Tina Turner.

The Tina Turner Musical starts off as most stories do. Back before the fame and notoriety, we meet young Anna-Mae Bullock, portrayed by the very talented Ayvah Johnson, who lives with her mother, father, and sister. It is in the very first few minutes of the production that we learn that Anna-Mae’s life is anything other than storybook worthy. It is also in these first scenes that the uncomfortable moments of abuse are introduced in the Bullock family as the husband hits his wife. It is a theme that continues throughout much of the production after Tina Turner marries musician, Ike Turner. While the stories of Ike’s abuse of Tina are well known, it was difficult to play out on stage. Another area of subject matter that could cause you to squirm in your seat is the blatant racism that Turner experienced throughout her career, The N-word is used more than once, and was never easy to hear. I mention these things not to criticize, but rather to warn you that The Tina Turner Musical is not just a feel-good story with an awesome soundtrack. It is a very real story of what a young woman went through from her most early years. These elements, while uncomfortable, are essential to understanding just how incredible Tina Turner actually is. Not just as a legendary musician, but as a strong powerful woman who overcame so much to get where she is today. 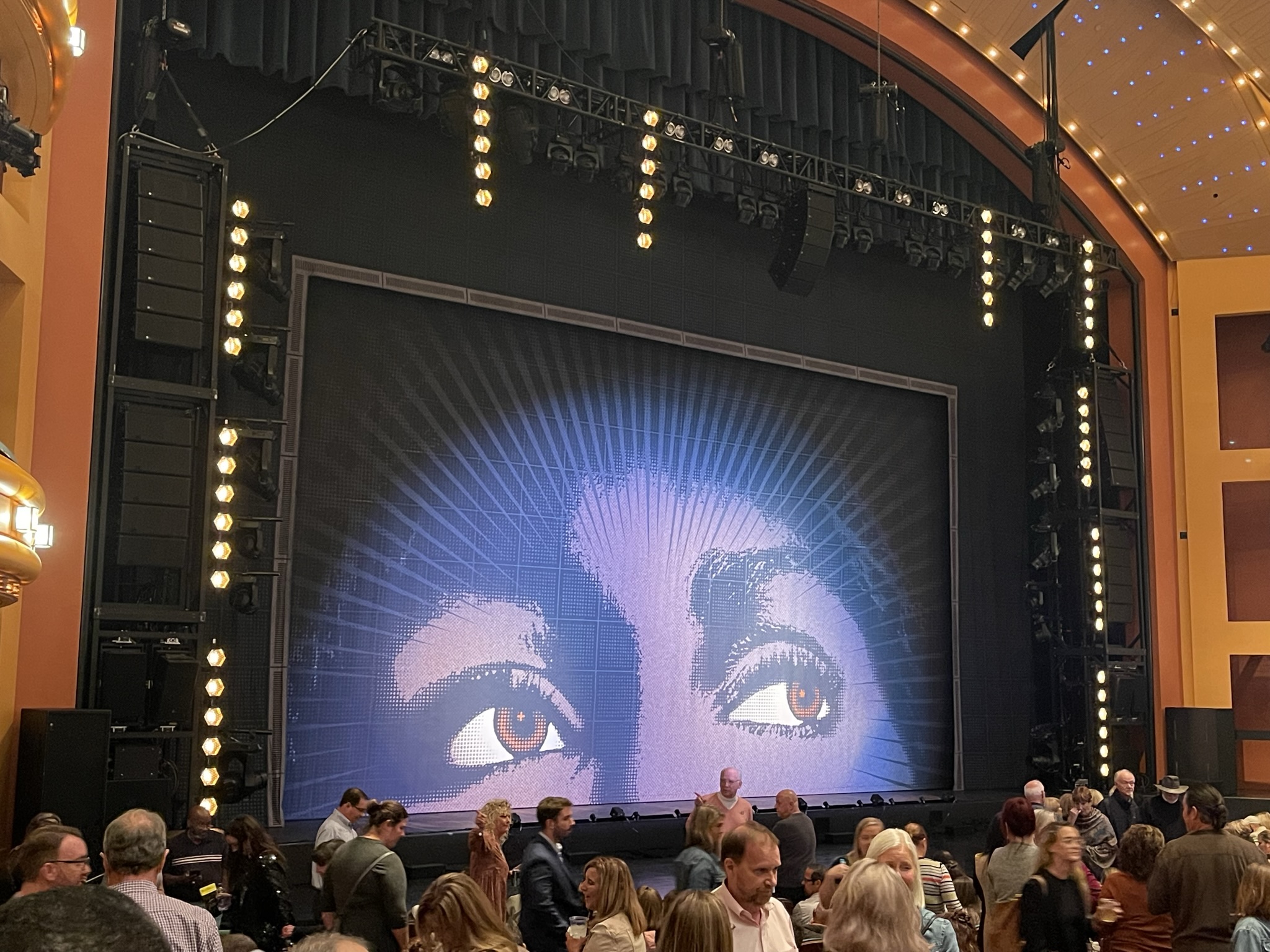 As you watch The Tina Turner Musical you almost feel like you are transformed from the theater into the story itself.  The Aronoff Center seemed to turn into a time machine taking audience members on a journey that spans the course of decades as we watch Tina Turner’s life unfold. This seamless journey is a testament to the amazing job that the behind-the-scenes production crew did. From Ike’s slick suits to Tina’s big blonde hair and denim jacket, the costumers did an amazing job letting the clothes show you exactly where you were on the journey. We also have to give a big tip of the hat to the set designers. During the 2 hours of the show we went from the small town of Brownsville, TN to the bright lights of L.A. and Vegas, to finally crossing the pond and landing in the U.K. This is no easy feat to do for a theatrical production. The crew of The Tina Turner Musical nailed it to perfection. 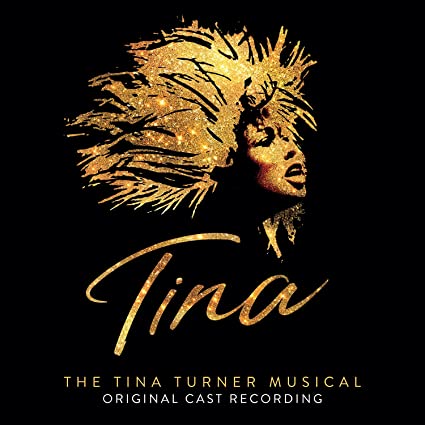 The one thing that eased those uncomfortable moments was the music. Just when a scene seemed too hard to watch, a classic Tina Turner song would start to be played to help bring the audience back. If you are a casual Tina Turner fan, or even new to her work, the way the songs are woven throughout the story will cause you to gain a whole new appreciation for her work. I promise you will drive home listening to Tina Turner songs. And even though much of the story of The Tina Turner Musical is tough, the music offers a huge payoff at the end of the evening as the theater turns into a full-blown Tina Turner concert. For our performance, Zurin Villanueva had the crowd rocking as she belted out Tina Turner classics.

As I said above, Zurin Villanueva played the role of Anna-Mae Bullock / Tina Turner for the show that we attended. The actress checked all boxes in her portrayal of the iconic diva. She made you feel the heartbreak of the lows, the joy of the triumphs, and the words of those classic songs. By the end of the night, I thought I was watching Tina Turner. I could go on about her performance, but that is probably the ultimate praise that I could offer Villanueva. Another amazing performer was Garrett Turner in the role of Ike Turner. I can’t imagine how hard it is to play such a volatile and despicable character, but Turner rose to the occasion and brought layers to Ike. Without the right Ike Turner dynamic, The Tina Turner Musical doesn’t work. Even though you may loathe him by the end of the show, Ike is a big part of the story, and Garrett Turner deserves praise for his performance. The entire cast delivered amazing performances, but I want to put one final spotlight on Ann Nesby who plays Turner’s mother, Zelma Bullock. Zelma is a complex character who you don’t quite know how to feel about, even at the end of the show. Nesby does an amazing job with the role and offers the perfect amounts of love and contempt to perfectly capture a complex woman. Should You See The Tina Turner Musical?

Absolutely! You don’t need to be a Tina Turner fan to enjoy this show. But chances are, you will be by the time you leave the theater. If you are a music fan in general, you will appreciate this story. You see insights of how the music industry operated during those times, and it’s not always pretty. There was a particularly cool scene showing Clive Davis constructing a classic Ike and Tina song in the studio that will have music geeks like me on the edge of their seats. If you also love stories about strong and powerful women overcoming the odds, you will also love this story.  The Tina Turner Musical has something to offer everyone. I highly recommend checking it out when it heads to your city! 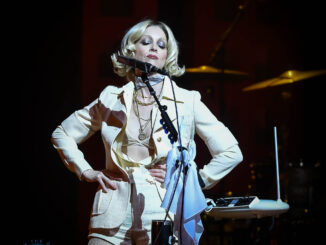 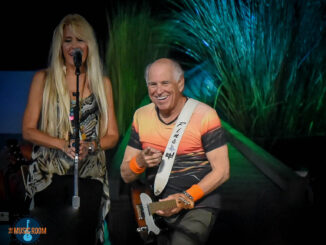 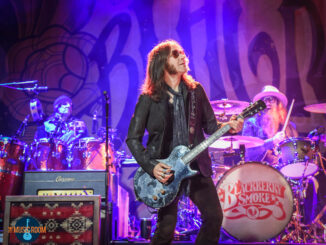