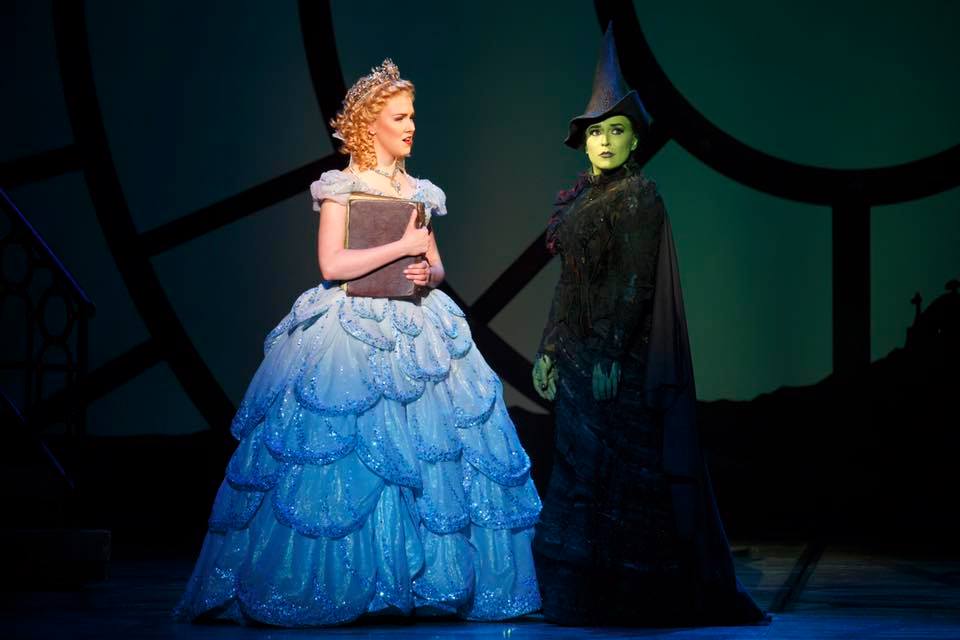 Growing up, “The Wizard of Oz” was not just a movie…it was an event. Back in those days, the classic fairytale would air once a year. I remember pulling the full-page advertisement out of the T.V. Guide and putting it on the refrigerator in anticipation. Then on the night that it finally did air, my whole family would gather around the big console television set and we would all be transferred to the land of Oz right along with Dorothy. The whole experience was truly magical.

But as the years passed and with the inventions of VHS, DVD, Blu Ray and Ted Turner…the yearly viewing experience gave way to the On-Demand world in which we now live. It became common for parents to put on the movie on loop play in order to keep their kids occupied. Now I am all for convenience, but something was lost along the way. The journey to Oz was no longer an event and it seemed to be robbed of its magic…or so I had thought.

This past Thursday night I once again found the magic of Oz when I attended a performance of Wicked at Cincinnati’s Aronoff Center. The show is billed as “the untold story of the witches of Oz.” Long before Dorothy dreamed of the place over the rainbow, two very different girls became unlikely friends. On one hand, you have the green-skinned and misunderstood Elphaba and on the other the popular and bubbly Glinda (The GLA is silent.) The show follows the relationship of the girls as they start out as enemies and eventually develop into best friends. During the performance you see each woman evolve into the roles that we perhaps know them for best, “The Wicked Witch of the West” and “Glinda The Good Witch.” Things quickly unravel as the two inspiring witches pay a visit to The Wizard of Oz (yes…that Wizard.)It is that time that the story of Wicked begins to run parallel to the events of “The Wizard of Oz.” But as so often is the case in Oz, things are not always what they appear to be.

Wicked is certainly not a brand new production. Given its reputation and acclaimed success, I knew I would likely enjoy the show. What I did not count on was finding that magical wonderment from all of those years ago. But that is exactly what happened. Through the perfect combination of wonderful songs, powerful performances and larger than life scenery, I felt like I had tapped my heels three times and was lifted away to Oz. This feeling can only be attributed to the perfect combination of actors, musicians, and crew. Everything seemed to work together seamlessly to create the perfect performance.

The weight of the success of the show largely falls on the two ladies playing these famous roles. The original Broadway cast featured Kristin Chenoweth as Glinda and Indina Menzel as Elphaba. Obviously, those are some large slippers to fill. However, this night in Cincinnati the capacity crowd could not have asked for two better actresses to step into the roles. Ginna Claire Mason played the role of the Glinda. Mason had perfect comedic timing and delivery. The charm of the character is her subtle, and not so subtle ability to make everything about her. Ginna Claire manages to play the role with the perfect balance of arrogance and charm. You can’t help but like this dim, yet good-hearted character. Mason’s performance of “Popular” was a highlight of the night.

For this evening, the role of Elphaba was played by Chelsea Emma Franko who is listed as the role’s standby in the playbill. Unlike an understudy, a standby is not otherwise cast in the show and only comes to the theater when called upon. I do not know the circumstances of why the casted actress did not perform on this night, but the Cincinnati audience received a treat by getting to see Franko perform the not-so-wicked Elphaba. It is hard to imagine anyone else but Chelsea performing the role. Her portrayal of the complex character displayed the perfect amount of humor, grief, anger and hopefulness. Franko and Mason made an amazing duo and played off each other flawlessly. Chemistry cannot be faked, and these two ladies had it from start to finish. It was a joy watching them share the stage for this amazing performance. Their performance of “For Good” will be one I shall never forget.

No show can be successful based on two actors. That is why the rest of the cast and crew deserve the accolades. While it would be impossible to name every name here, I would be remiss not to call attention to the performances of Isabel Keating as Madame Morrible and Hary Bouvy as Doctor Dillamond. These two actors delivered memorable performances and are examples of just how important a strong ensemble cast is.

Wicked continues its run at the Aronoff Center through October 15th. You can access a full schedule below. If are you looking for a little magic in your life, this is the show for you. Just know that after seeing this amazing story, you may never look at the story of the girl from Kansas the same again…