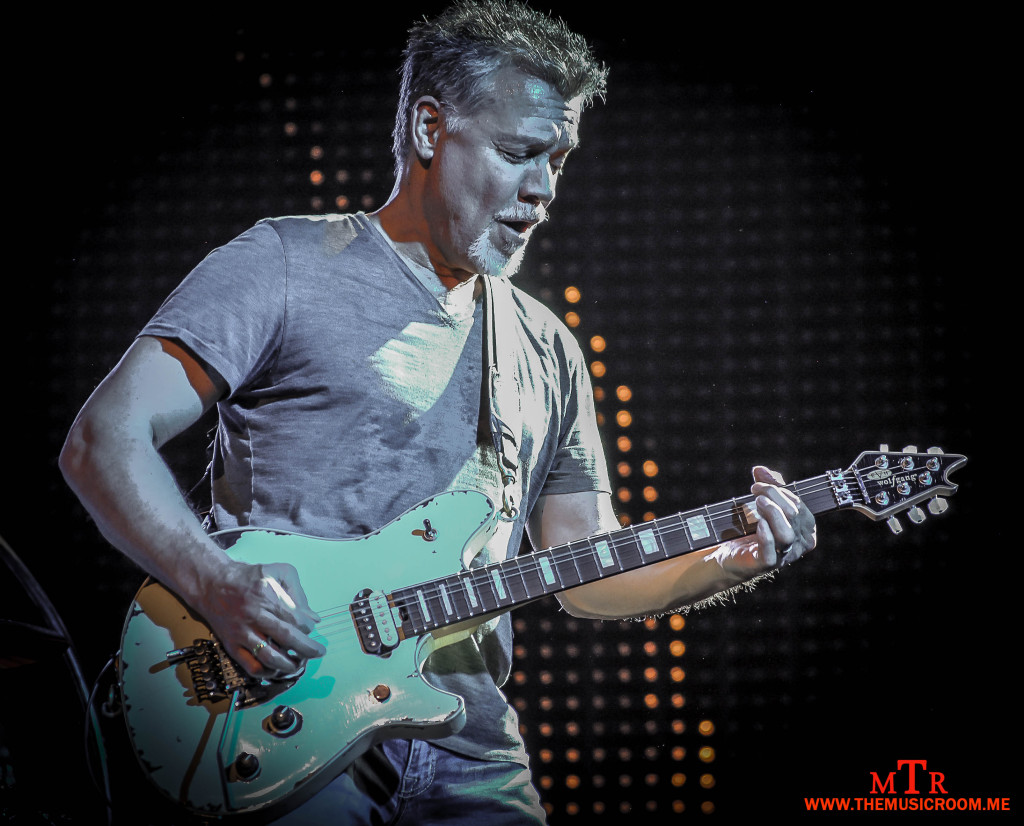 Forget the speculation. Forget the drama. Forget the debates….It is 2015 and Van Halen is David Lee Roth, Eddie Van Halen, Alex Van Halen and Wolfgang Van Halen and they rock! The band proved this to the thousands of fans at Riverbend Music Center in Cincinnati on Monday night. The band delighted the crowd with a twenty-five song set that dug deep into the band’s long history of Roth era material. With every classic song that the band played, the audience members got more excited and pumped up.  But as happy as the crowd was, I don’t think anyone wore a bigger smile that the band’s iconic guitarist, Eddie Van Halen.  I have had the pleasure of seeing the band on a few occasions over the years, but I never saw Eddie quite like this. He wore a huge smile all night as he made his way around the stage interacting with his band mates. Eddie’s  joy was infectious as I couldn’t stop smiling myself during the two hour set. It was everything a rock n’ roll show should be.

Ever since the band released their live album earlier this year (the first official live release with Roth), the web has been ablaze with comments and speculation that front man, David Lee Roth, simply doesn’t have the goods anymore. The band, and especially Roth, has received a lot of grief since the release of that album. Even leading up to the show, there were a lot of people saying they were not sure if they even wanted to go the show because of all of the crap out there about Roth. I will admit that I was one of the people who had some issue with the band, more for other reasons than questioning Roth’s abilities. I will address both. 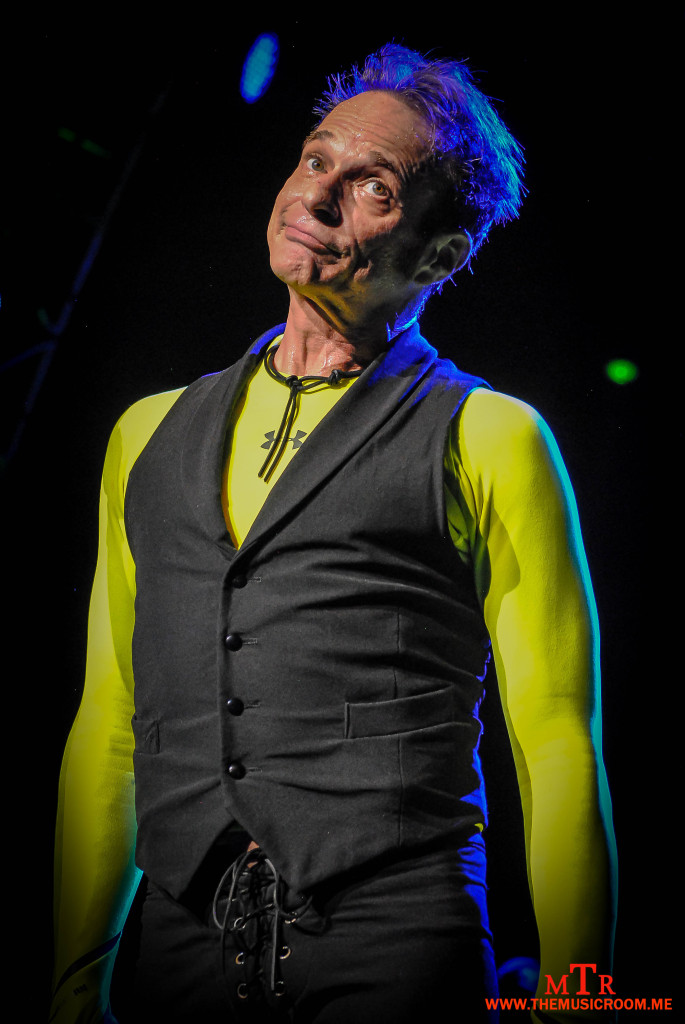 If there was any question as to whether David Lee Roth was still the ultimate front man, all doubts were crushed before the band finished the opening song, “Light Up the Sky.” Sure, he may not be like the DLR of 1972, but he has every bit of the charism…if not more. David had the crowd eating out of his hand with his one of kind performance and banter. From stories of being an Indian, to his tribute of the moon before breaking into “Ice Cream Man,” Roth proved that he is still the best in the business at entertaining a crowd.

My issues with the band revolved around the seeming never ending headlines of back and forth digs between alumni members of the band. I allowed these headlines and press clippings to get in my head and distort my perception of the band. I truly hate that there is so much discord between some of the past and current members of the band, but you know what, that is really none of my business. All I should worry about is whether the band puts on a show that knocks my socks off. And boy did they! I almost wish we were still back in the days when we got our news on a band from a Circus or Hit Parader magazine.  I think it is sometimes best not to look behind the curtain, but we can dig into that at another time. Did I question whether or not I wanted to go to the show? I am ashamed to admit that I did. But you know what, now I can say been there, done that and I got the shirt to prove it. And I am so happy for that. 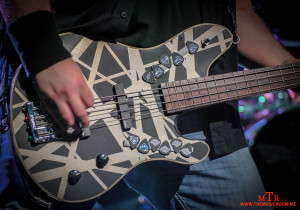 As I stood in the photo pit with my elbow resting on the stage, I had to pinch myself. There I was within feet of arguably the greatest American rock n’ roll band of all time. Even after all these years, the guys in Van Halen are larger than life. There may have been doubt and negativity before August 31, 2015, but now there are just rave reviews and great memories. It doesn’t matter about any story on any website, the music did all the talking (okay, Dave did some as well). Van Halen, in its current state, still know how to do it better than any new band out there. If you have any doubts, buy a ticket for a future show and you too will be a believer!

Click Here for our photo gallery from the show! 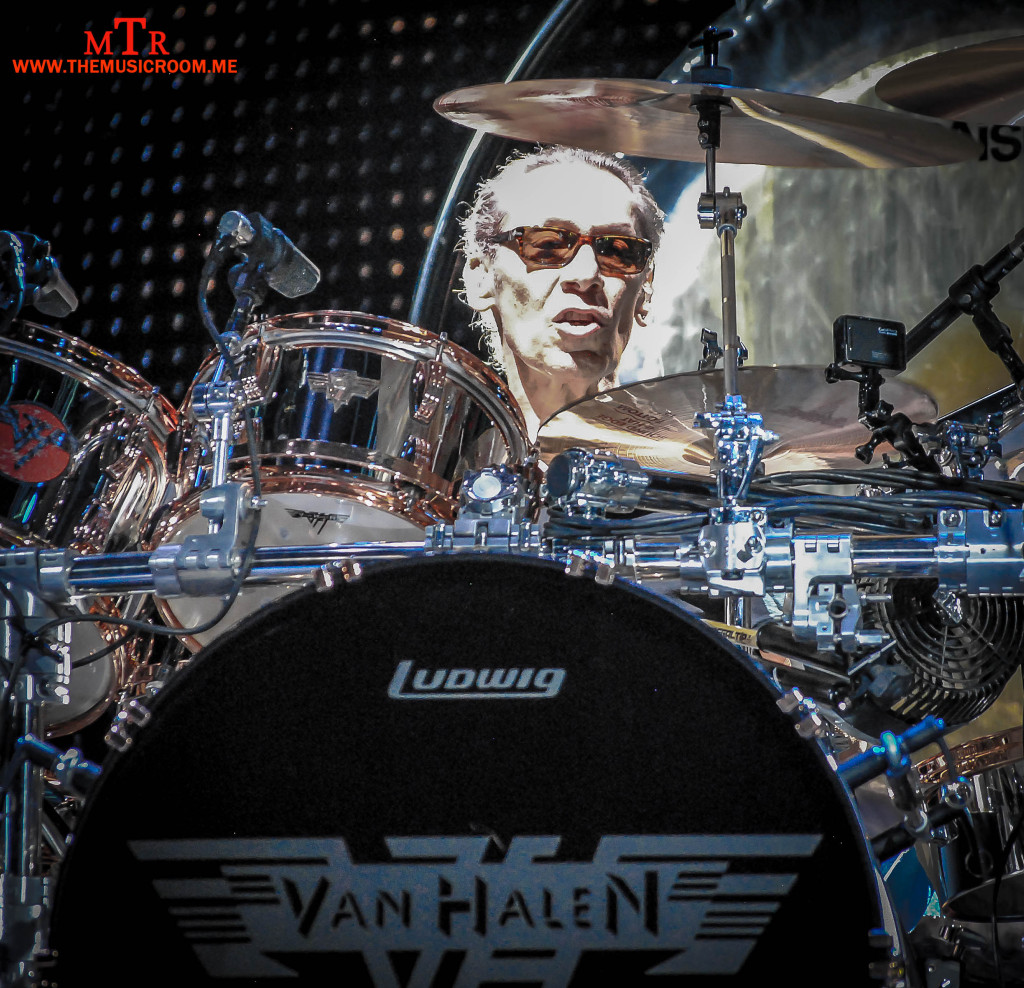 – Light Up the Sky

– Runnin’ With the Devil

– Somebody Get Me a Doctor

– Dance the Night Away

– In A Simple Rhyme

– You Really Got Me 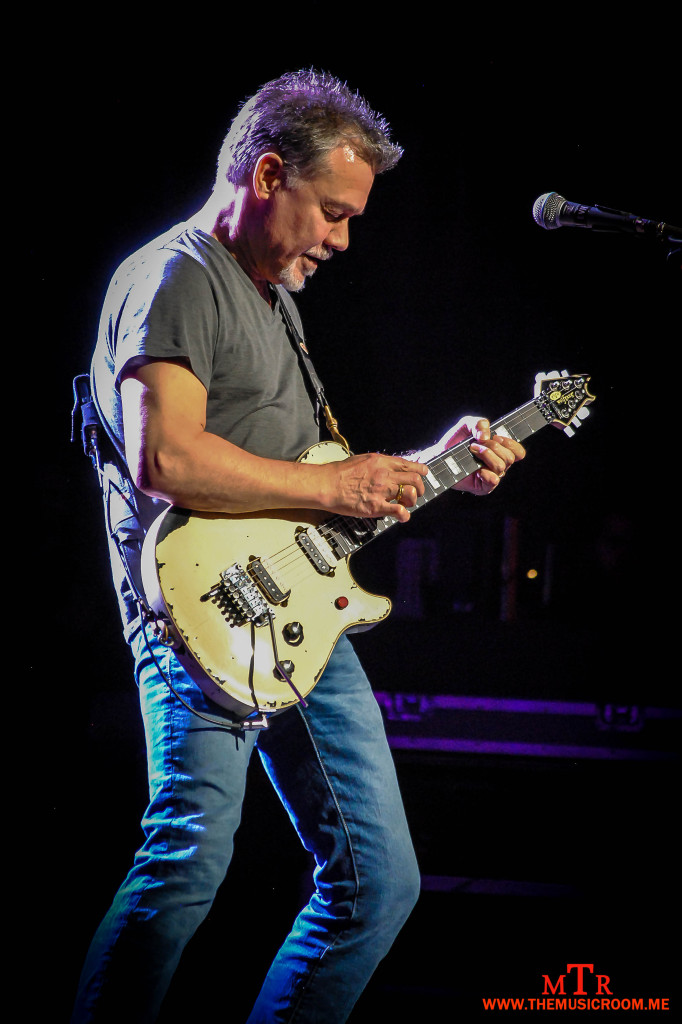 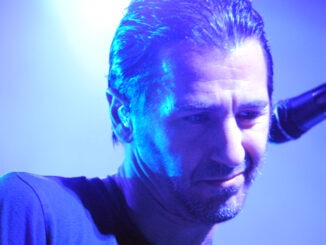 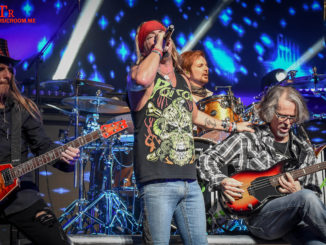 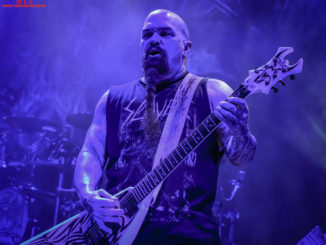