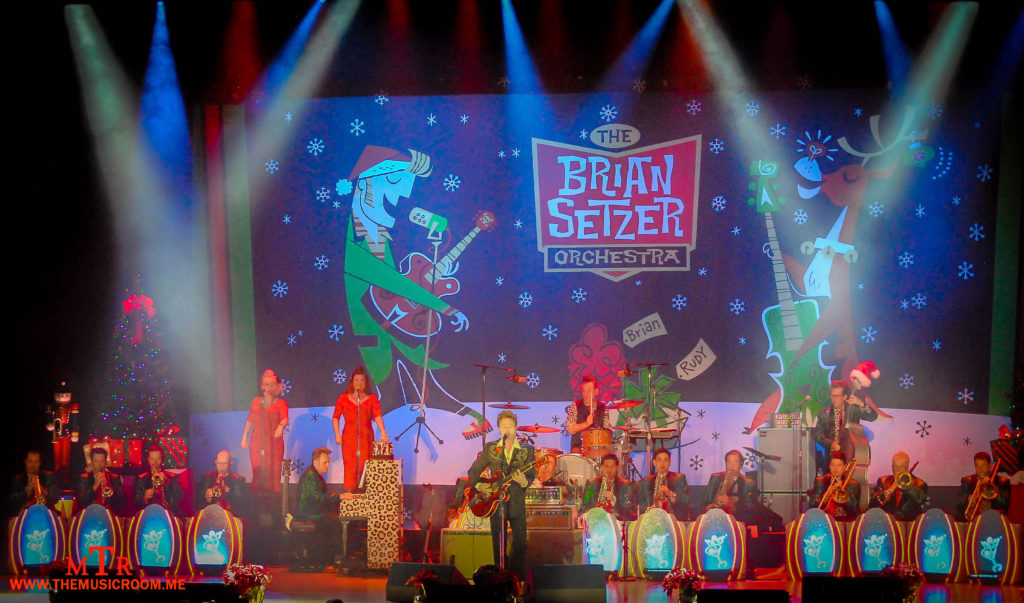 The day after Thanksgiving has traditionally been the official start of the Christmas season. However, this year November 14th served as the holiday kickoff for the music lovers of Cincinnati, OH. This was the night that Brian Setzer and his Orchestra brought their 14th annual Christmas tour to town. The Taft Theater was packed full of families, seniors, couples, guitar fanatics and all around music fans. While diverse in nature, the people came for one reason, to witness the spectacle of the iconic Brian  Setzer and his big band. This evening was described as a “bucket list show” by more than one person during pre-show conversation in the Taft’s lobby. Setzer and his band did not disappoint.

Setzer took the stage looking sharp in his striped suit. He acknowledged the adoring crowd and never looked back. The guitar slinger and his fine orchestra delivered a set that alternated between Christmas favorites and some of their biggest hits. The set was the perfect mixture of Christmas cheer and rock n’ roll swagger.  The group also time in the set to pay tribute to two legends that we recently lost. First was a performance of Glen Campbell’s “Witchita Lineman” followed by a version of Tom Petty’s “Runnin’ Down A Dream.”

Just like Santa is known for the sack of toys that’s slung over his shoulder, Brian Setzer is just as notorious for the Gretsch guitar strapped across his. And boy can he make it sing. Throughout the ninety minute set, the Cincinnati crowd became quite skilled at the art of air guitar. And why not? Setzer was inspiring as he delivered one tasty lick after another. There are few words that can be found to describe the thing that happens between Setzer’s fingers and the fretboard of his trusty Gretsch. Some things are just better left to the ears.

The Taft stage is quite large and on this night was filled with more than just one talented musician. Brian Setzer was accompanied by some of the finest horn players and singers to play any stage. Throughout the night the members of the orchestra were given the spotlight to showcase their talents. The audience was treated to amazing performances on piano, saxophone, trumpet, trombone, and clarinet. The Taft Theater stage may have been decorated with holiday cheer but it was overflowing with talent. 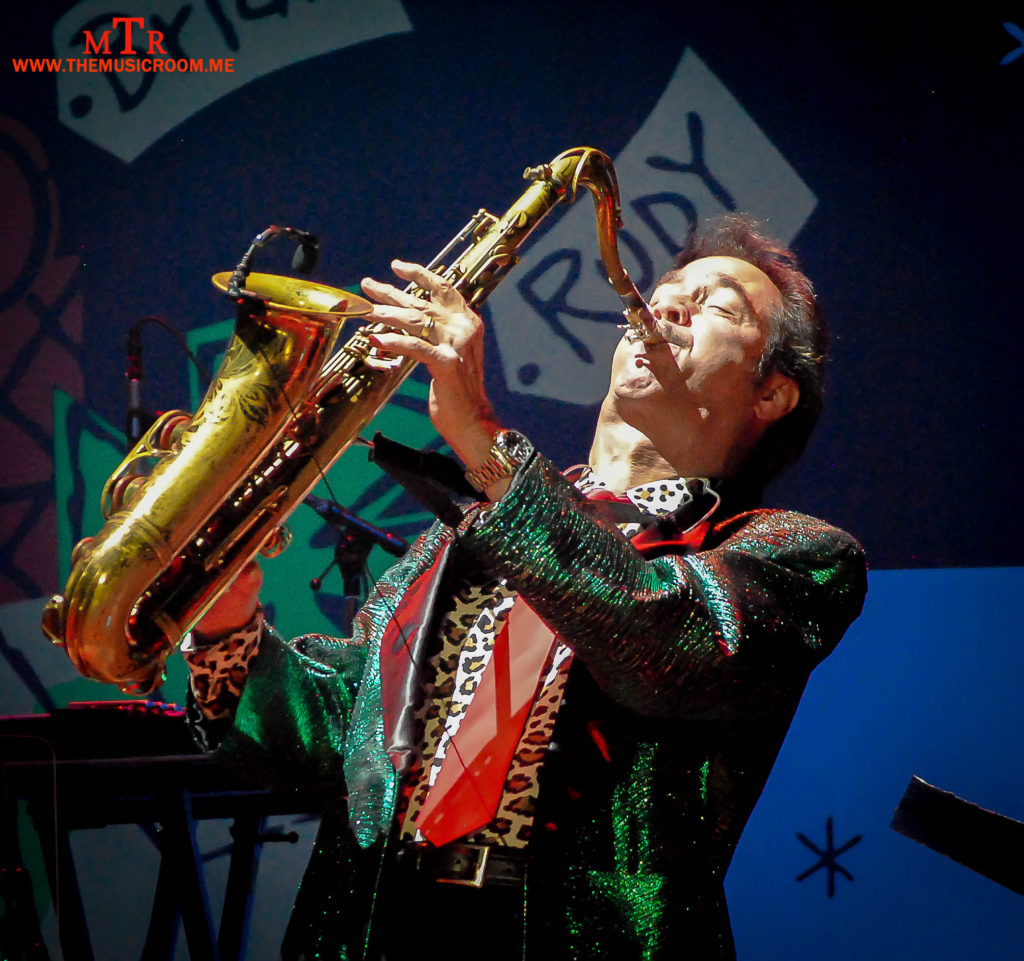 A truly special moment came when the orchestra left the stage leaving only Setzer on guitar, Johnny Hatton on stand-up bass and Daniel Glass on drums. The trio, dubbed “The Rockabillies” performed a rockabilly set that had the crowd dancing in the aisle ways. The stripped down display really showcased how the rich stand-up bass sound serves as a heartbeat to the evening’s music. Perhaps the only thing more impressive than the sound of the bass was watching Hatton’s handling of the beautiful instrument. The end of the Rockabillies breakout set saw Hatton balanced on his bass, and Setzer perched atop of Glass’s bass drum. The trio ended with the classic Stray Cats tune “Rock This Town” and was once again joined by the rest of the orchestra to finish up the rockabilly anthem. The performance really proved how the fusion of rockabilly and big band really compliment each other. The night ended with snowfall and a visit from Santa during the encore performance of “Jingle Bells.”

Yes, The Brian Setzer Orchestra really was the perfect kick-off to the holiday season for the Cincinnati music faithful. It is a night that people will be talking about for a long time to come. You could not help but walk out of the theater knowing you saw something really special. If you are lucky enough to be near a stop on this tour, don’t find yourself on the naughty list. Go to it! One suggestion though, if you are lucky enough to attend one of these shows, be sure to bring your dancing shoes…you are going to need them! 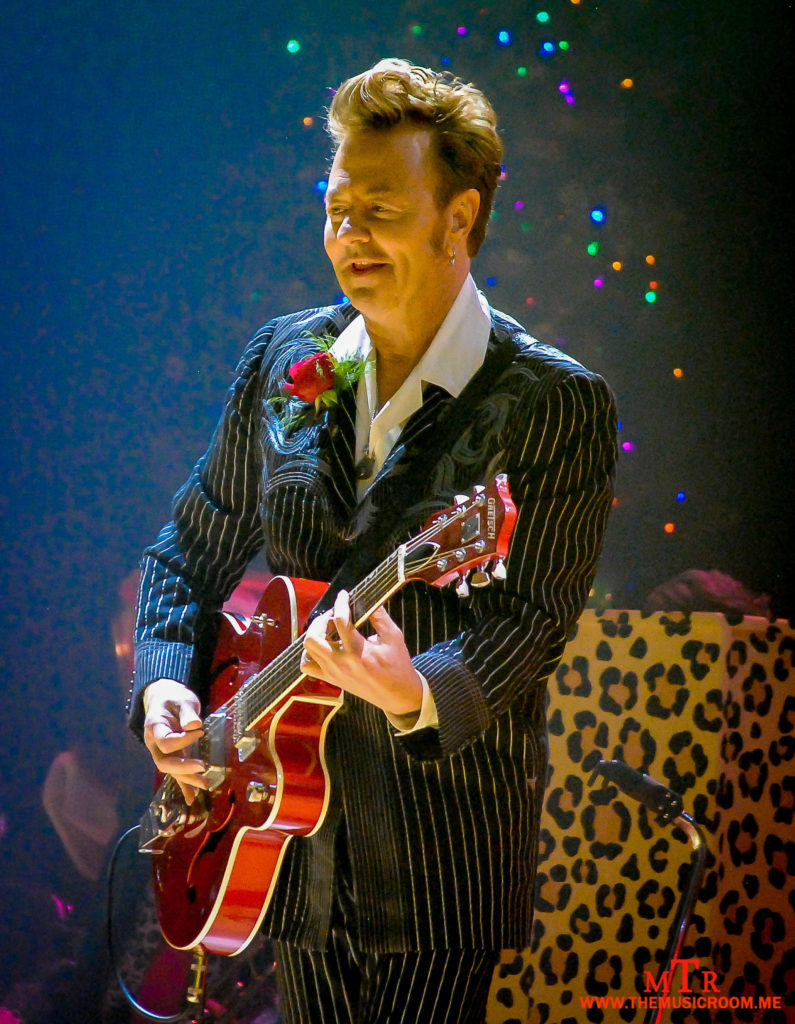 – Rockin’ Around the Christmas Tree

– Angels We Have Heard On High

– Runnin’ Down A Dream

– I Got a Rocket in My Pocket 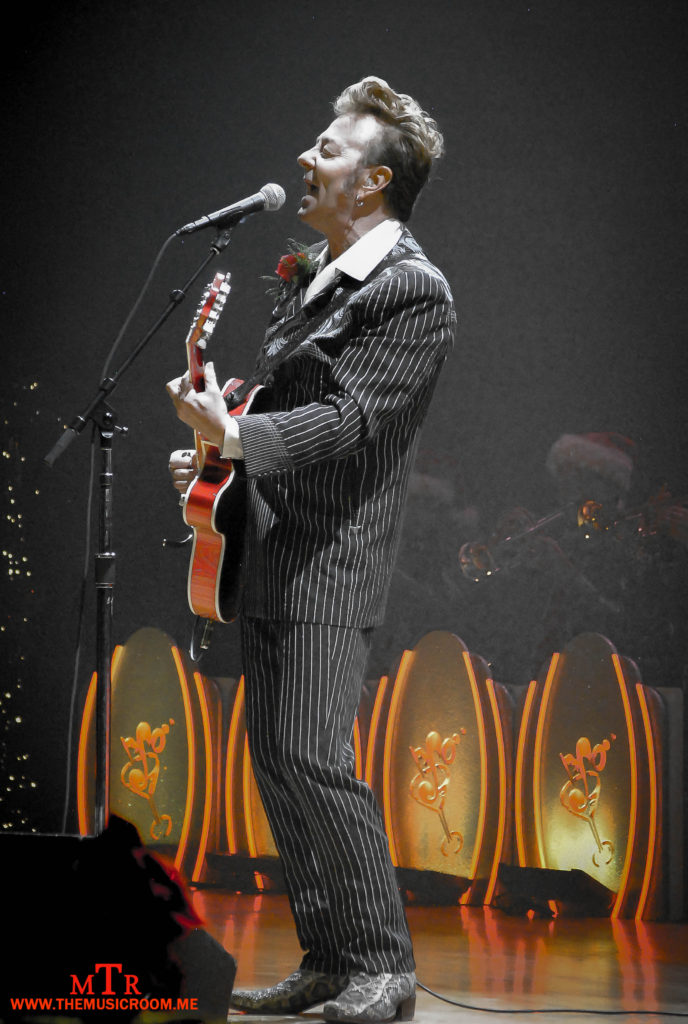