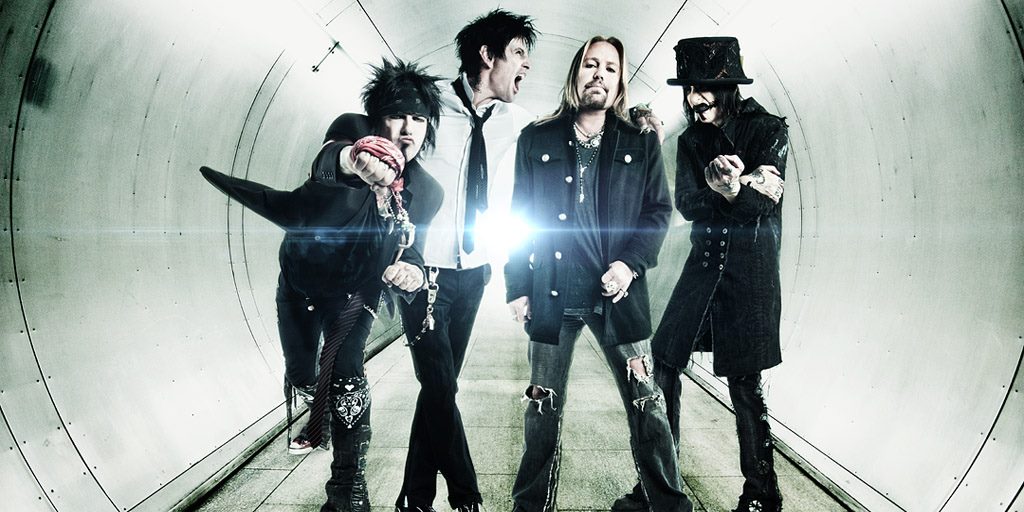 Mötley Crüe rolled into Riverbend Music Center on Sunday night as a part of their “The Final Tour.”After more than thirty years of rock n roll and debauchery, the hard rock legends announced this would be their last tour. The Cincinnati rock faithful packed Riverbend on a perfect summer night to give a proper send off to their big hair heroes. The Crüe did not disappoint their loyal fans. The band packed an hour and forty-five minute set with nineteen songs which spanned the length of their career. The band stumbled out of the gate by choosing to open with the obscure song “Mother *****r of the Year” from their 2008 album, “Saints of Los Angeles.” While the crowd went manic when the house lights dimmed, their excitement stammered until the band kicked into their second song, “Wild Side.” From there, the band kept the fans happy with a steady stream of classics. Noticeably missing from the set was the new song that was written just for this tour, “All Bad Things Must Come to an End.” The band botched the song as a part of a disastrous opening night in Detroit, MI. Apparently they were not up for a redo in Cincinnati. The band saved something truly special for the last song of the night when they made their way to the back of the pavilion to a small stage and played their classic ballad, “Home Sweet Home.” It was quite a lasting impression that the Crüe left for their Cincinnati fans. 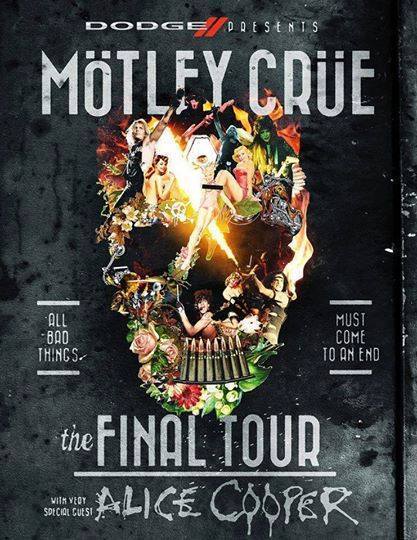 While the boys of Mötley Crüe delivered the musical goods, it was pretty clear there would be no tears shed when the band goes their separate ways at the end of the tour. There was very much a feeling of four separate guys doing their own thing on the Riverbend stage. Vince Neil did an admirable job in his front man role despite only managing to get out about every third word of the songs. This has been pretty common for Neil for years, so it did not detract from the show. Bassist and Crüe mastermind, Nikki Sixx, did make an attempt to bring a feeling of band camaraderie when he gave a speech about how the band got its start and the bond they share. While Mötley may have never won a Grammy, Mr. Sixx could certainly be up for an Oscar for that speech.  Guitarist, Mick Mars, and drummer, Tommy Lee, kept a pretty low profile for the evening. While I would never associate Mötley Crüe as being a bad thing, I do tip my hat to them for knowing that it is probably time to call it a day. There are a lot of bands out there that should have made that decision years ago. When the passion leaves, it is probably time to call it a day. But even at the end of their road, they still kick more ass than 90% of bands today. 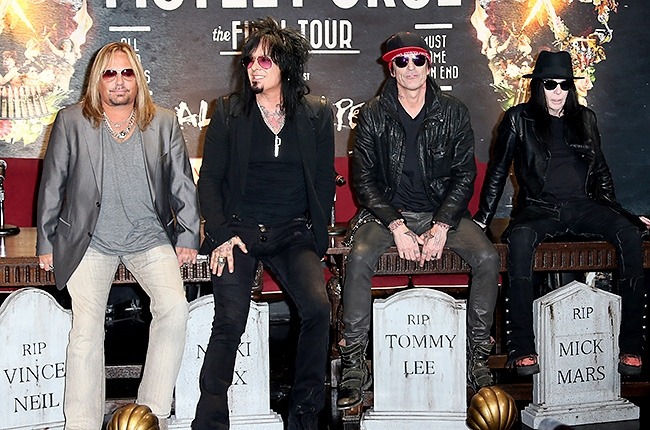 – On With The Show

– Too Fast For Love

– Smokin’ In The Boys Room

– Too Young Too Fall In Love

– Shout at the Devil 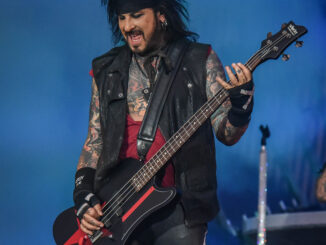 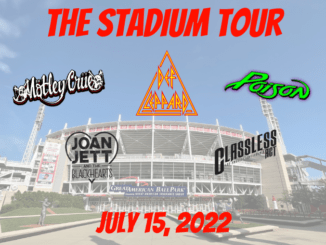