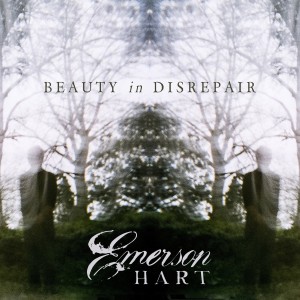 I believe there are some records that require more than just being listened to. Sometimes there are those special records that need to be digested by the listener. Case in point, Emerson Hart’s new record, “Beauty In Disrepair.” On my first listen, I had Hart’s new record playing in the background. I thought it sounded like a good record, at least enough to give another listen to. Upon my next listen I put on my headphones and gave each song my undivided attention. The difference between my first listen and my second experience with the record was like night and day.

Night and day is also the perfect way to describe “Beauty in Disrepair.” After releasing his debut solo record, “Cigarettes and Gasoline,” in 2007, Hart went through a period of turmoil in his life as he went through a divorce with his first wife. The first part of “Beauty In Disrepair” seems to focus on that period of his life.  The opening track, “Best That I Can Give,” is a sad song disguised with a catchy hook about the realization that saying goodbye is the best thing that you can do for someone.  The song “Hurricane,” finds Hart begging for a Hurricane to wash over him to erase the things that he has done in the past in the hopes of getting a second chance. Then in “Mostly Grey,” Hart seems to be coming to terms with his limitations. He sings, “I fought so hard I broke my light. Now it’s fading way.” 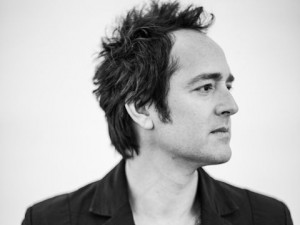 Just when you think you, as a listener, are about to hit bottom with Hart, something changes. With the sixth song on the record, “You Know Who I Am,” the light begins to creep back to Hart’s songs. This is largely due to marrying his new bride in 2012. The trend continues throughout the second part of the record.  Songs like “Another Life,” “Don’t Forget Yourself” and the “Wire” find Emerson Hart coming to terms with his past and learning from it, both the good and the bad. All of these feeling seem to come to a crescendo on the second to last track, “All is Well.”  It is a beautiful piano song where Hart seems to share his newly found wisdom with his listeners, “Say these words, let them ring out true. And scream the scream, it’s inside of you . All is well. All is well.”

Many people will know Emerson Hart as the lead singer of the band Tonic. And some will question why this record was not a Tonic record. I believe that “Beauty In Disrepair” had to be a solo record. It is evident that Emerson Hart had a lot to say and a lot to get off his heart.  I believe that he put a little piece of his heart in each song. Through these twelve songs, Emerson takes listeners on a journey, his journey. I am sure there will be a new Tonic record in the future, but this one is Emerson Hart’s. It deserves to be listened to….make that digested, by anyone who has gone through a similar journey. You may just find that he put to words a feeling that you could not.