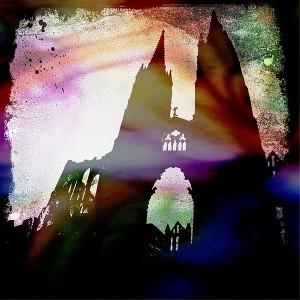 Heavy metal’s first super-group, Down, have returned with their second E.P. in a series that will make up “Down IV.” The band released the first E.P., “Down IV Part I – The Purple E.P.,” in 2012 and it was the first since the departure of bassist, Rex Brown. The album was a collection of six songs that stayed in a heavy, yet subdued Sabbath groove. Part II picks up where the first record left off, but with a kick of adrenaline which takes things up a notch. While there is still that underlying Sabbath groove, the guitars seem to be a bit louder and lead man, Phil Anselmo, has been been uncaged! The signature Anselmo growl is present throughout the record, but perhaps most prevalent on the track, “Hogshead/Dogshead.” The nice thing about this release is, it does not stay at the same level throughout its six song span. There are plenty of peaks and valleys along the way. On the track “Conjure,” Anselmo’s delivery is drawn out and deliberate. Whether peak or valley, the songs all pack quite a punch. There was some concern when it was announced late last year, that guitarist, Kirk Windstein, had left the band to focus on his band Crowbar. The band’s stage manager, Bobby Landgraf, stepped in as the band’s new guitarist. All doubts can now be put to rest after listening to the record. Landgraf’s playing meshes perfectly with lead guitarist, Pepper Kennan.

The idea of releasing E.Ps in place of a full record seems to be a popular one in music right now. I am always a little skeptical when I hear a band talking about taking this strategy. My initial thought is that it is a cop-out for not being able to write a good solid record. Down seems to be proving me wrong. These first two E.Ps fit together to form a cohesive record. Even the album’s artwork comes together to form one piece of art. The biggest credit that I have to give to the band is for releasing the albums as physical releases. They are not taking the cheap way out and only offering digital releases of each E.P. All and all, they are doing it right. My only criticism of this E.P.  is the pentagram logo on the back of the record. The use of pentagrams, upside down crosses and other such imagery is cheesy and cliche in today’s times. This seems so beneath a band of Down’s caliber. It looked cartoonish on Ozzy’s “Diary of a Madman” record, and comes off as amateur on Down’s. Despite this flaw in design, this record is a must buy.