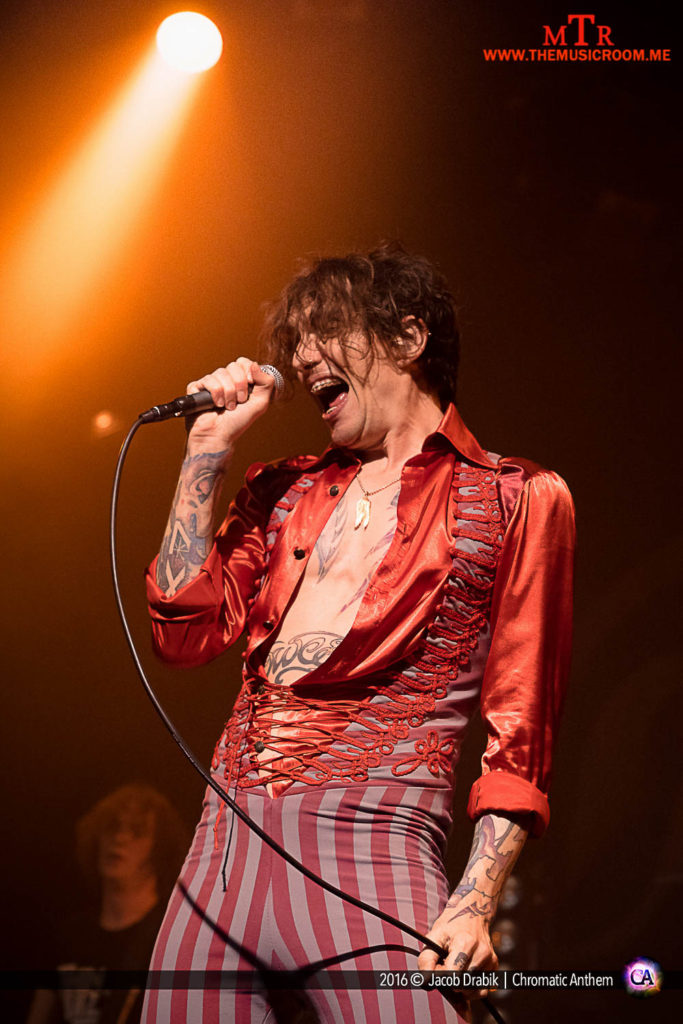 I believe in a thing called Rock n’ Roll…thanks to a bands like The Darkness. The dark clouds that were rolling into the Cincinnati skies this past Tuesday night were the perfect metaphor for what was getting ready to roll onto the Bogart’s stage. The Darkness unleashed a storm on the Cincinnati rock faithful when the band brought their Back to the USSA Tour to town. While there may be some out there who dismiss the British rockers as a “one hit wonder,” everyone who packed the Bogart’s floor knows that the band has built a solid catalog of tunes in their eleven year history. The crowd sang along to every word with Darkness front man, Justin Hawkins, to everysong.  While the band opened up with a track from their latest album, “Last of  Our Kind,” the band spent most of the night playing tunes from their first two albums, 2003’s “Permission to Land,” and 2005’s “One Way Ticket to Hell…and Back.” While the band was stalled from 2006 to 2011, it was clear that they had not lost a step. The band performed with a vigor and energy of a band half its age.

A lot of comparisons have been attached to The Darkness, and especially led singer Hawkins. While it is not hard to see why those comparisons have been made, in a lot of ways The Darkness are like no one else. There is just enough of a tip of the hat to Freddy Mercury, Thin Lizzy, or maybe even a Sweet,  but there is so much more that separates them from any other band out there. You can hear it when you listen to a Darkness album, but you really need to experience the band live to truly understand. Just one thing, before a Darkness show be sure to drink plenty of water, do some stretching and be ready to sing your butt off! 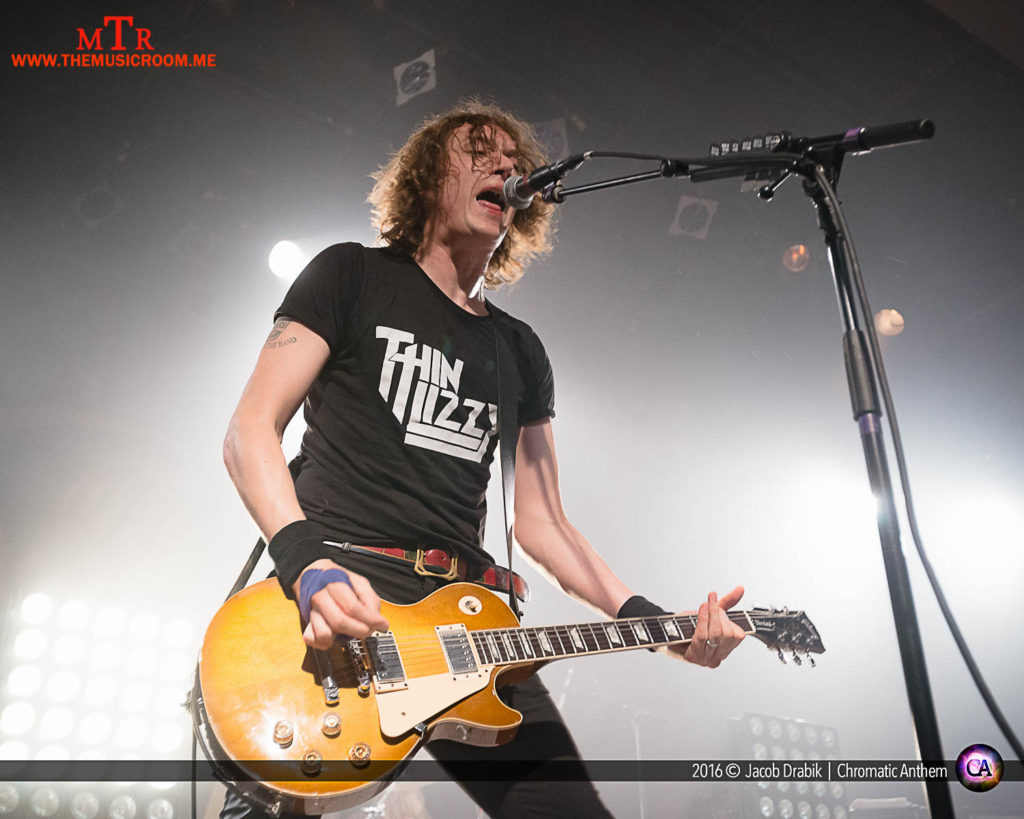 – Love Is Only A Feeling

– Every Inch of You

– Get Your Hands Off My Woman

– I Believe In A Thing Called Love

– Love on the Rocks With No Ice 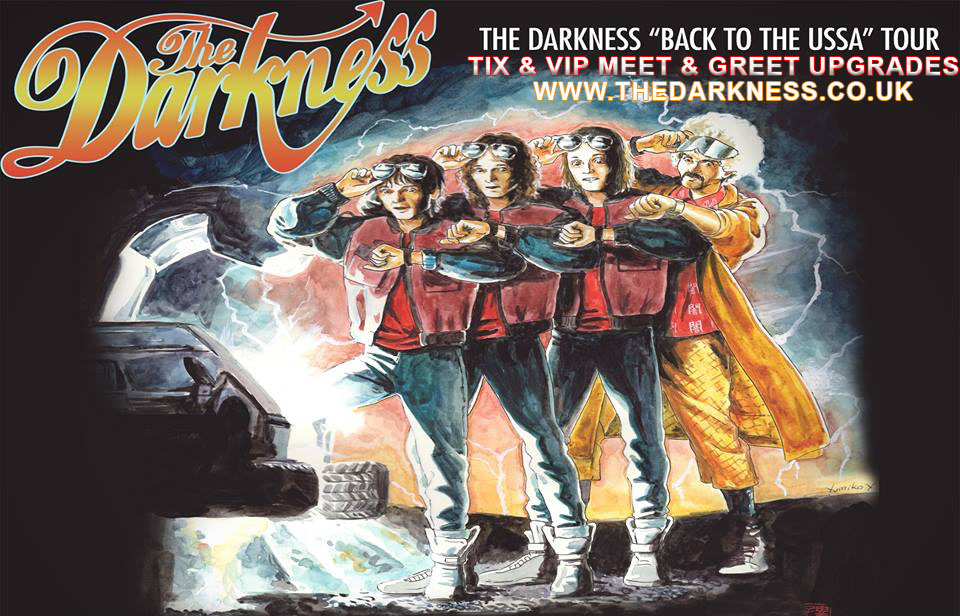