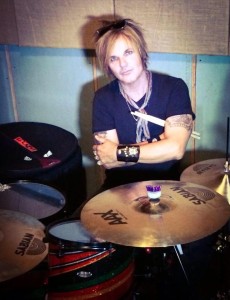 Rikki Rockett is best known as the drummer for the iconic glam metal band, Poison. The band has been inactive now for an extended period of time, and while Bret Michaels has been in the public eye, the rest of the band has not been as visual. Well, that is all about to change! Rockett has joined forces with Tracii Guns (L.A. Guns), Eric Brittingham (Cinderella), and Brandon Gibbs (Cheap Thrills) to form the new super group, Devil City Angels. While the band has only been public for about a month now, there is already a huge buzz about this exciting project. Rikki was cool enough to take some time to talk to us about the band. Enjoy our interview with the one and only…Rikki Rockett!!

I first heard about the band on Facebook. It almost seemed like a little tease, but then all of sudden the buzz built up. Were you surprised about how fast the attention caught on about the band ?

I really am. I think that probably the reason is…I think people are really ready for just some pure fun rock, you know what I mean? This band isn’t waiving a banner telling anyone to stand behind it. There’s really no novelty involved with it.  We’re just here to rock. We’re not saying we’re going to kick your fucking ass or we’re going to blow the fucking doors off.  We’re just saying we’re going to make some really good rock music. People are going, yeah…thank God. Nothings attached to it. We don’t have to do anything but just enjoy it.

I think that is clear from the first single, “All My People.” It’s just a straight forward rock n roll song. How often do you hear that today?

Yeah, I talked about it. It’s like who’s going to play this really? You know, I don’t know but let’s just… I’m not going to try to find an audience. I’m just going to make music and let the audience find us. 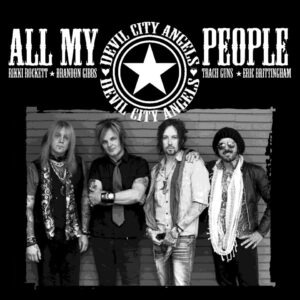 I think they are finding you. How did this all come about? Was it pre-meditated, or was it just buddies jamming and it turned into a band? How did Devil City Angels come about?

It’s so crazy how this happened. Brian Tichy put together these “Bonzo Bashes.” It’s a John Bonham tribute, and I’ve done three of them. He asked me if I would do the Boom Tribute, and I said yeah, I would love to. They decided to do it a little bit differently where instead of having twenty-two drummers, they decided to have four to six combinations of musicians. I was like, look, I’ll play with whomever, it doesn’t matter to me as long as we’re doing some cool songs, I’m all about it. And I was assigned Tracii Guns. Tracii and I have known each other a long time.  We just really had a good time doing this thing. We’re coming up with all these different ideas to throw in the songs and all this kind of stuff. We’re down in the green room doing an interview afterwards and somebody goes, hey look, its Guns and Rokketts! And we said, yeah! And they said is that seriously a band? We’re like uh yeah, we’re a band now. So it started out as “Guns and Rocketts” and we’re like no, we can’t do that. We have to be a little more serious about it. And that’s really what started the whole thing.

Then we started thinking about who can we get in this band and who are the people that we like working with or enjoy being around…sharing ideas with. Eric was an obvious choice. But as far as lead singers go, that’s always a real difficult one. I think that if you get a singer that’s already known, everybody expects the band that singer came from, they expect this band to sound like that. Or they have a pre-conceived idea. Let’s say for instance we had Sebastian Bach in our band. Everyone would expect it to sound like Skid Row or something. If it didn’t sound like Skid Row they would be bummed. If it did they would say we’re ripping off Skid Row.  So it’s kind of a lose/lose a little bit sometimes. I think Sammy Hagar was an exception to the rule. I said I know this guy who is like a seasoned guy but he’s not famous yet. It’s like he was born in the wrong era and he is perfect for this. Tracii listened to him and called me five minutes later and said dude, that’s the guy! And that was Brandon and we just hit it off. That’s how the whole thing started really. 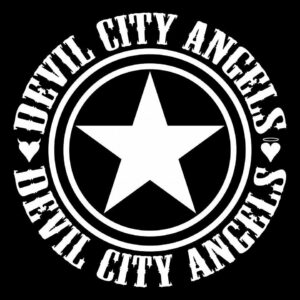 I have read that you are going to take things song by song. Is that still the case or are you looking at doing a record?

The guys are coming out on the 29th of this month and we’re going to spend a month together. Like the whole month of August. We’re going to rehearse up a show but we’re going to write songs. If we get ten songs out of it, great. If we get three songs out of it, great. We’ll just release what we do. We’re just being really transparent about it. We want people to know what we’re doing. You can’t respond to every single person’s request, but we do like to get feedback from people. This is kind of different. I have never been involved with anything quite like this where we post something on Facebook and say what do you guys think? If people are like, oh God I hate that, I absolutely hate that, then we can say maybe we shouldn’t do it. Maybe we’re not seeing it like everyone else is. Sometimes maybe we will think something is crappy and people will be like, no no no…that’s a really good idea.  And there’s always going to be haters, but not too many. You can’t do anything about that.

You kind of lead into this, you guys announced your first show in Detroit, MI on September 5th. With the members of the band you have quite a catalogue to choose from, plus the stuff you are writing. What can someone expect from a Devil City Angel show?

I would love to tell you exactly what to expect, but it’s going to be a surprise on a lot of levels. We definitely want to have something that is cheap to get into a place and setup, but we want a nice show to it too. We want something visually exciting as well. Brandon’s a really great frontman by the way. I think people who have not seen him in a rock scenario, or a band scenario, are really going to be impressed by this guy. He’s kind of like the rock guy that won American Idol, you just want to route for him. I think everyone’s going to be really impressed. It’s like he’s been doing this, well he has been doing it for a long time. It’s going to be surprising for a lot of people. They’re going to be like, holy shit! Where did this kid come from? 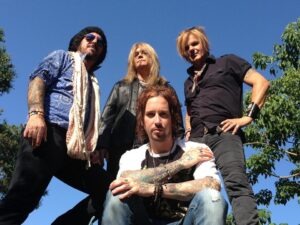 As far as the band, do you consider this a side project, or is this your baby for a while?

I’ve never stepped away from Poison. I’ve been with Poison for 27 years…literally. I’ve never done anything except playing with my wife, or the Bonzo Bash. Things here and there. I’ve produced bands, but I’ve never joined another band, ever. I just thought it was time, the time felt right. I’ve always said I don’t know if I want to do that. I’ve always liked how Poison is. I’ve been with them so long…almost half of my life. Actually, more than half my life I have been in this band now that I think about it. But it was just time because we’re in neutral now, unfortunately, Poison is. And I don’t want to be in neutral. I like to be creative. I like to do stuff. There’s lots of ways to make money. Music this day and age isn’t necessarily the best way to do it. But, I think that I’m not doing this to make money. I don’t have to go make money playing rock music, I just don’t. I do this really because I like it. I really do. I don’t want to do it for free obviously. I want to get something for it.  But I’m not trying to get rich and famous from Devil City Angels. I just really want to have something else that shows another side of me. It’s usually a different side of me, but I’m not going to go out and do a bluegrass band or something. There are some limits in Poison because we work with the same musicians for a long time, and you have to work within those limits. All of us included there when I say that. So this opens some doors. 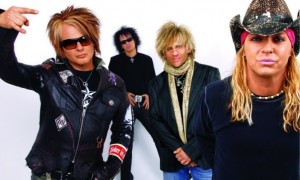 I know Tracii has been showing off his guitar pics. Are you going to have a sick kit made up for this band?

I got a really great idea for the kit I’m going to build.

What kind of tour are you looking to do? Scattered dates here and there, or a long set of dates? I guess what I really want to know is, are we going to see you guys in Cincinnati, OH?

We’re coming into the game a little bit late in the year. The rock tour season is typically spring and summer, from Memorial Day to Labor Day. But there is some stuff out there for us. It will probably be a lot of clubs, theaters and things like that. 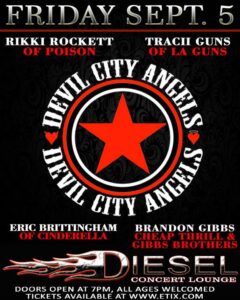