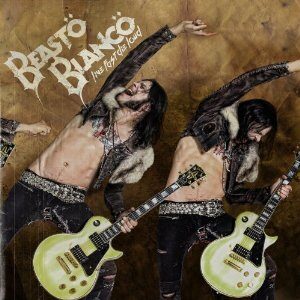 If you have seen Alice Cooper in the past ten years, you have no doubt seen Chuck Garric playing bass with an intensity that makes it impossible not to take notice. Just as Chuck commands the stage when playing in The Alice Cooper Band, he also puts all of his energy and intensity into his band, Beasto Blanco. The record, “Live Fast and Die Loud,” is a sonic assault of straight forward rock n roll that needs to be listened to as loudly as possible. The sounds have elements of bands like Type O Negative and White Zombie, while very much carving out its own identify.

Chuck explains that over the years he had written songs for Alice Cooper and other artists. As he went back and revisited some of those songs he concluded that who else would do these songs justice more than he? So the veteran rocker went to work. While Chuck handled vocals and bass, he recruited Chris Latham to handle the guitar work. The album was also a family affair, the Alice Cooper family that is. Current Cooper guitarist, Tommy Henriksen stepped in and produced the record. Garric gives Henriksen credit for the industrial edge that the album has. Current Alice Cooper drummer, Glen Sobel played drums on some tracks, as did former Alice Cooper drummer, Jonathan Mover.

“Live Fast Die Loud” is a solid record from start to finish. It puts the spotlight on Chuck Garric, who really is an unsung legend in the music world. While it is obvious the man is a great bass player, and an exceptional performer, Beasto Blanco shows that he is also an accomplished song writer, and one bad ass vocalist. The Music Room’s favorite tracks include “Beasto Blanco,” “Motor Queen” and “No More Man.” 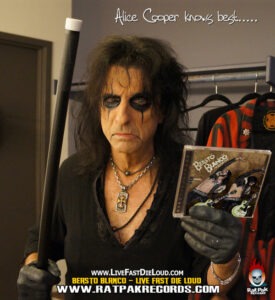 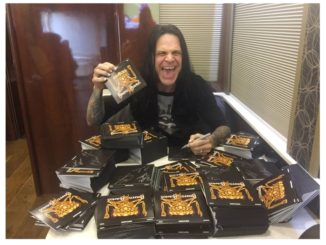 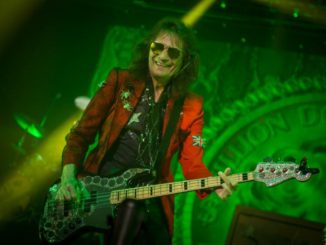 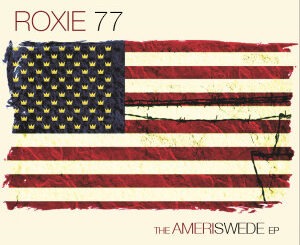